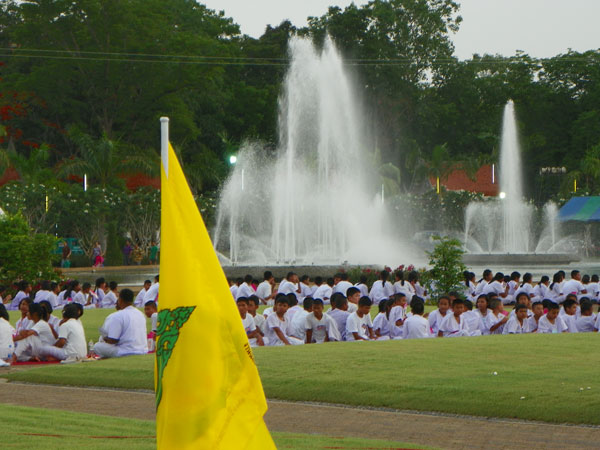 Welcome to the website of Theravada Group in Minsk, the Republic of Belarus.

Theravada (Pali: ?????? theravada, Sanskrit: ????????? sthaviravada); literally, “the Teaching of the Elders” or “the Ancient Teaching”, is the oldest surviving Buddhist school. It is generally considered to be closer to early Buddhism, and for many centuries has been the predominant religion of Sri Lanka (now about 70% of the population) and most of continental Southeast Asia (Cambodia, Laos, Myanmar, Thailand).

Theravada is also practiced by minorities in parts of southwest China (by the Shan and Tai ethnic groups), Vietnam (by the Khmer Krom), Bangladesh (by the ethnic groups of Baruas, Chakma, Magh, and Tanchangya), Malaysia and Indonesia, while recently gaining popularity in Singapore and the Western world. Today Theravada Buddhists, otherwise known as Theravadins, number over 100 million worldwide, and in recent decades Theravada has begun to take root in the West and in the Buddhist revival in India. This Dharma Library is a nice collection of Buddhist books that may be useful for those interested in Theravada.

There are a number of Theravada followers of different lineages in Belarus as well. Some of them spent some time as monks in Buddhist monasteries practicing different meditation methods based on the teaching of the tradition. The group meets regularly for weekly meditation sessions. For more information on Theravada in Belarus contact theravada@inbel.org

May you be happy and well!